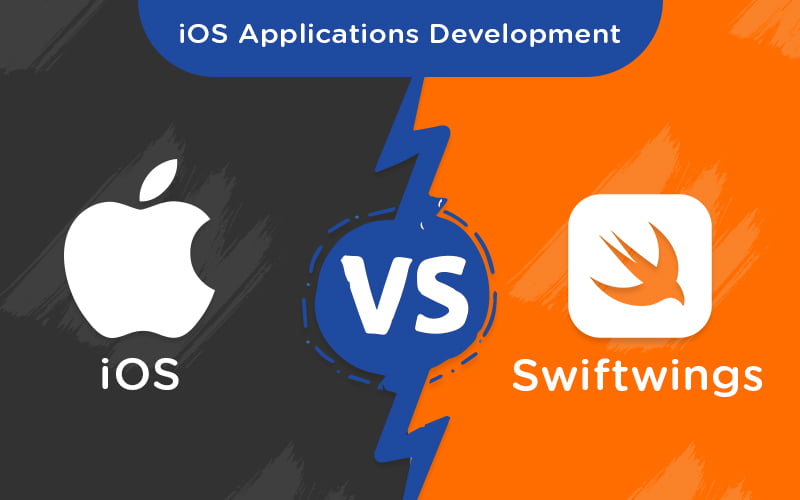 Web & Mobile applications have completely redefined the meaning of ‘Convenience/Comfort’. The iPhone Application is progressively playing a crucial role in business with a wide customer base as now workforce demands and rely on the convenience of access for different services, solutions, and information.

Time to focus the lights on a few facts

Now when we look back in 2007, the rise of the iPhone completely transformed the mobile industry realm.

Obviously, the different and outstanding approach will make its space in this competitive world.

When we look upon history, for years Objective-C was the essential programming language utilized for making OSX and iOS applications.

Fundamentally, the Objective-C is a superset of C equipped with some awesome object-oriented features and a dynamic runtime.

In the innovation context, Apple in 2014, brought Swift into the market which was portrayed as “Objective-C without C”

Swift the high-end programming language is fast, modern, secure and empowers a level of excellence in development.

It is a language especially developed for making efficient iOS mobile app Development and thus stands out as the first choice for anyone looking for iPhone app development service.

Swift combines features of both languages, i.e. C and Objective-C. With the help of Cocoa Touch, Swift transforms the way mobile apps excellence is considered for Apple products.

However, still knocking your grey cells why shift and why not Objective-C? We have enlightened the difference below.

Startups and a limited budget walk hand in hand and so to your solution Swift has come into existence.

One of the most crucial aspects of Swift is its support of an open-source community.

The problem with Objective-C was it was just monopolized native apps development, but fortunately Swift broke the monopoly with a change.

Swift came into existence to be quick just like its name says and additionally provide elite performance.

As a commendable successor to both C and Objective C, Swift incorporates low-level primitives, for example, flow control, object-oriented features and various required operators, giving Cocoa and Cocoa Touch developers the excellence they always dreamt of.

The powers Swift serves to developers are simply tremendous!

With Swifts help, you can make a new application or start utilizing the existing code to actualize new components and required functionality in your customized application.

Swift doesn’t create any room for errors as it is simple, light and easy to use.

It gets annoying when things turn pathetic after years. Swift serves us with the benefits of maintaining and securing easily.

It produces more secure and safer applications when compared with Objective C.

Likewise, Swift does not have any inheritance code; it is anything but difficult to keep up.

So the safety of applications and important data is of extreme significance with regards to mobile applications.

Security is one aspect that you clearly can’t disregard.

It is secure, doesn’t break the bank and serves bug-free services, what else you want for your business productivity? Opt Swift for business success in long runs.