React Native Vs. Swift Comparison – Which One is Best for Your App Development?

It’s a good indication that two prolific frameworks are getting all the buzz while helping developers craft futuristic mobile apps.

But, it is also essential for our readers to give them a closer inside look at the React Native Vs. Swift comparison to help them understand the benefits and usage of these two languages.

So, What is React Native?

React Native is a JavaScript-based framework used to develop robust cross-platform apps. Since its release (2015) by Facebook, it has gained a massive developers base.

The easy learning curve and massive developer support have made React Native the frontline cross-platform app development framework amongst many.

React Native is the best framework you can choose above others for developing large-scale applications. If you are concerned about React Native usage in modern technologies, Instagram, Pinterest, and Tesla are sheer examples of React Native clienteles.

Once you structure the app codebase, you can deploy it easily on multiple operating systems. Apart from this, below listed some key benefits of React Native, which are as follows:

Swift is a programming language developed by Apple in 2014 to build iOS, macOS, watchOS, etc. It was designed to replace objective-C that companies used earlier for the same.

Due to its flexible and straightforward codebase, IOS developers find it easy to develop robust IOS applications without any hassle.

Even though IOS shares 26% of the market share compared to Android (74%), it still has an enormous customer base globally.

Let’s dive into some of the core benefits that make it the prime IOS app development programming language amongst the developers’ community.

Comparing development speed, both have unique yet advanced features enabled, which automates the faster development process. But, Swift is only used for iOS application development that can be done with fewer lines of the codebase.

In User interface comparison, Swift is a few steps ahead of React native, as React Native uses native user components that are catchy and easy to use. Still, Swift IOS user configuration is more seamless and provides a hassle-free user experience.

React Native Vs. Swift performance is one of the key comparisons to consider. Somehow, we all have a glimpse of the Iphone navigation system.

Now, think, which one you will rank high comparing React Native Vs. Swift performance comparison. The clear winner here seems to be Swift.

React Native has massive developers support because of JavaScript. As mentioned, you will find a solution to your React Native development issue on Github and Stack Overflow instantly.

Though Swift has an easy learning curve offering, it might take some time for a beginner to find the solution on the first go.

We hope the above elaboration will help in a big way to put a full stop over React Native Vs. Swift comparison. Still, if you have any doubts about the same, you can share your thoughts or raise some questions in the comment section below!

Apart from the best IOS development, we are a renowned React Native App Development Company known for delivering robust cross-platform apps to our clients. If you are looking for the same, don’t hesitate to reach us at the earliest!

An Extended Guide on How to Hire Full Stack Web Developer in 2022! 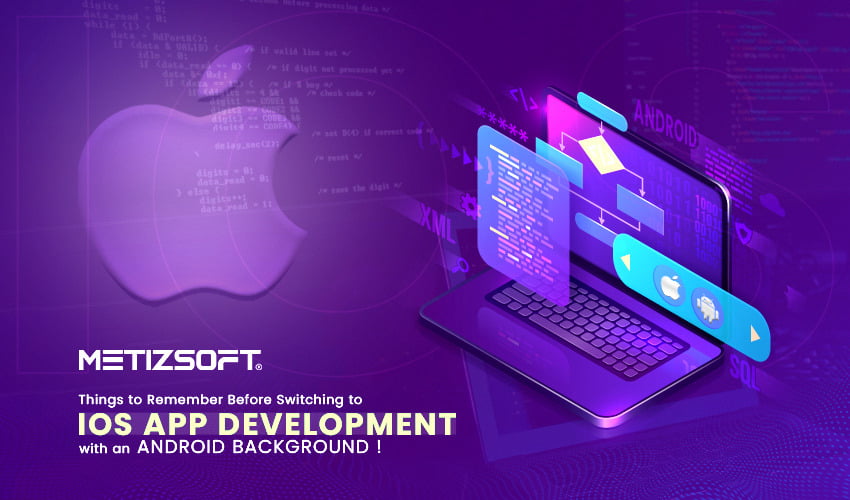 Things to Remember Before Switching to IOS App Development With an Android Background!